The Episode VII Skellig Michael Shoot Was Significantly Scaled Down. 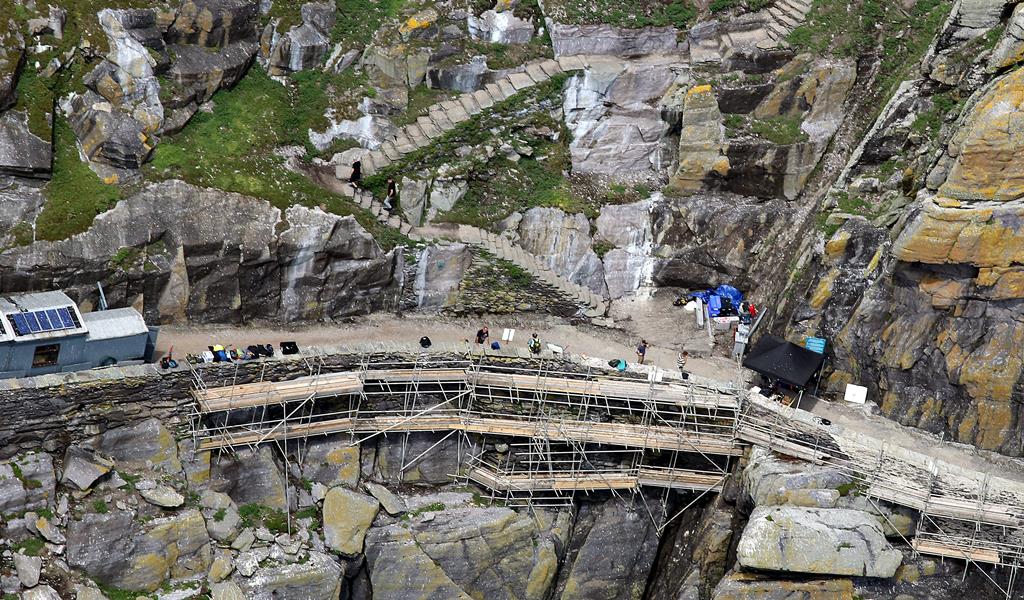 As you remember back in July the Star Wars production was on the Irish island Skellig Michael for a 3 day shoot. The only stars on set were Daisy Ridley and Mark Hamill. Now it appears that the initial plan was for much longer and much bigger in scale shoot…

Heritage Minister Heather Humphreys has revealed that the Star Wars shoot on Sceilig Mhichíl was only allowed to proceed after the film firm lodged significantly scaled-down proposals for the shoot.

The scaled-down proposals included a 90% reduction in helicopter activity in response to concerns for the protected bird population on the island.

Ms Humphreys said the initial filming proposals raised concern with respect to the potential impact of the activities on the Special Protection Area for birds at Sceilig Mhichíl.

Ms Humphreys pointed out that “the activities of the film crew were supervised at all times by personnel from the Office of Public Works and my department’s National Monuments and National Parks and Wildlife Services. A condition of the consent was that the salary costs and expenses of NPWS staff were charged to the filming company”.

A spokeswoman for her department said: “There was no charge for the use of the island,” adding that the “economic and sectoral value of Star Wars shooting in Ireland is incalculable”.

This also suggests that a possible return to the island (as THESE rumors suggested) is very unlikely.