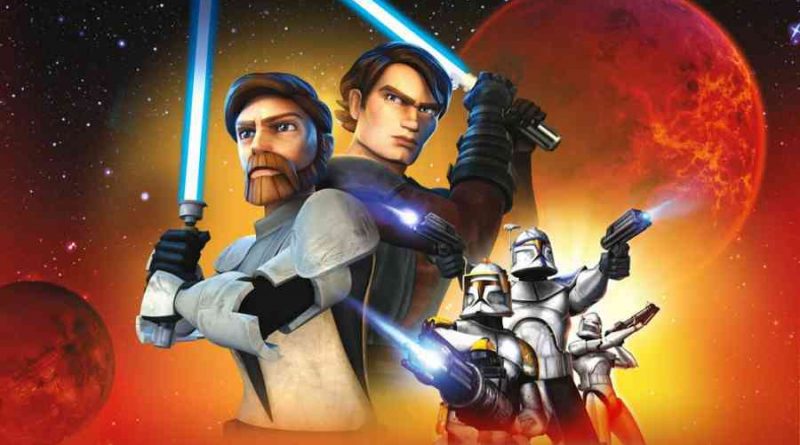 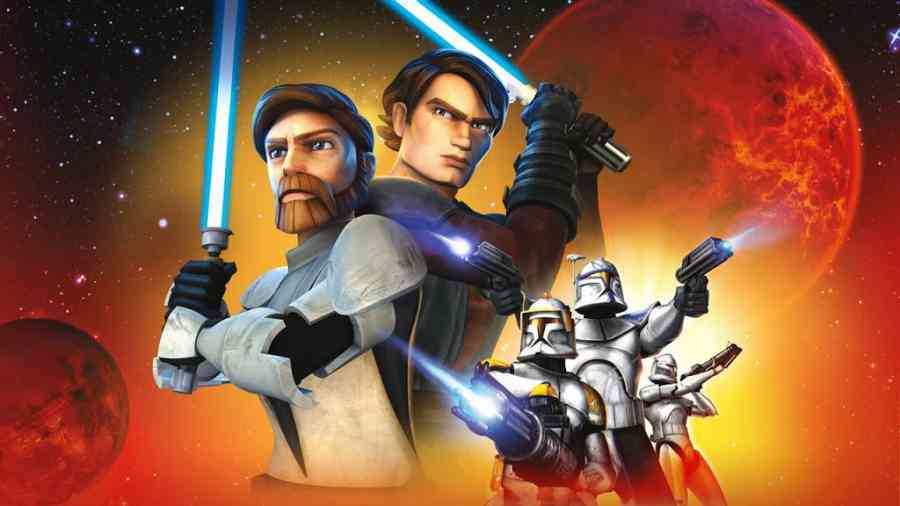 We’re only 2 weeks away from the premiere of the final Clone Wars season on Netflix (March 7, 2014). The first 11 episodes will premiere in German speaking countries first, while the remaining 2 will be released on Netflix in the US a day before their German broadcast. Hit the break for a short description of all the episodes including the last two…

While the description is indeed brief still there are plenty of spoilers, so beware.

Episode 1 “Condition Unknown”.
Clone cadet Tup is suffering from a severe neurological disorder that causes the death of a Jedi master. Trying to find the motives for the assassination, Anakin escorts Tup back to Kamino for examination, but then they are attacked by the Separatists…

Episode 2 “Conspiracy”.
Clone cadet Tup is undergoing a medical examination in the sterile laboratories of Kamino to find the motives for his shocking attack on the Jedi master. For the examination to succeed, cadet Fives must enter the depth of Tup’s mind, where he finds a secret code manipulation in the cloning program of the Republic.

Episode 3 “Fugitive”.
Clone cadet Tup is transported back to Coruscant, where his body is to be examined by the chancellor’s personal physician. Cadet Fives is also investigating the matter and discovers that a modified code has been hidden in the minds of all the clones…

Episode 4 “Orders”.
Fives is still trying to find answers regarding the mysterious actions of clone cadet Tup. Hoping to personally speak with chancellor Palpatine, Fives finds himself suddenly accused of trying to murder the chancellor and decides to make a run for it.

Episode 5 “An Old Friend”.
While on a mercy mission to the planet Scipio, Padmé Amidala’s old flame, Rush Clovis, gets in touch with her asking for help. Having made a stand against the corruption on his planet, Clovis has now become the target of the bounty hunter Embo. Together with Padmé, he is now trying to leave his planet and get help…

Episode 6 “The Rise of Clovis”.
Back on Coruscant, Clovis strikes a dubious deal to become the leader of his clan which is deeply mired in corruption. Anakin doesn’t trust Clovis, causing tensions in his relationship to Padmé.

Episode 7 “Crisis at the Heart”.
Having made a deal with Count Dooku, Clovis finds himself drawn into the war. Since it was him who brought the war to his home planet of Scipio, the Republic is now forced to intervene.

Episode 8 “The Disappeared (Part 1)”.
The peaceful world of Bardotta finds itself threatened by an ancient prophecy. Since now of all times its spiritual leaders have vanished, Bardotta’s people ask their representative in the senate for help. And Jar Jar Binks indeed manages to convince Jedi Master Mace Windu that this matter is of grave importance…

Episode 9 “The Disappeared (Part 2)”.
In order to fulfill a dark prophecy, a mysterious cult kidnaps Julia, queen of the planet Bardotta. Now Jedi Master Mace Windu and Senate representative Jar Jar Binks need to give everything in order to stop the cult. If they fail, the cult might unleash a dreadful force…

Episode 11 “Voices”.
Yoda is deeply unsettled when he hears the voice of his deceased friend Qui-Gon Jinn in his head because he knows that not even a Jedi can speak to the living from beyond the grave. The Jedi Council is concerned about Yoda’s behavior and wants to examine him further. But with the help of Anakin, Yoda can escape from the hospital and he sets out to find the origin of the voice by himself.

Episode 12 “Destiny”.
Guided by the Force, Yoda travels to the heart of the galaxy. There, on the planet where he finds the origin of the Force, he must face difficult trials. Only upon passing them will the Sages deem him worthy of learning the deepest mysteries of the Force…

Episode 13 “Sacrifice”.
On Moriband, the ancient birthplace of the Sith, the time has come for Yoda to pass his final test. Only then will he learn the best-kept secret of his order, but first a most powerful enemy awaits….

Note: Still have in mind that the source is Wiki so nothing is certain. The person who wrote these descriptions seems to have a great knowledge on the story so I could assume that he knows the correct name of the planet. Still this info is not a 100% proof.

And here are the two German trailers for season 6 so far: 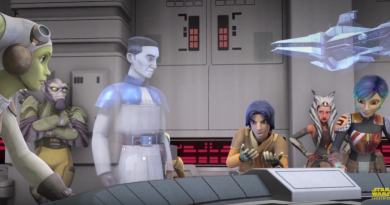 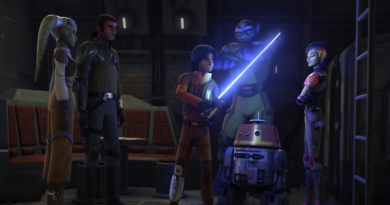 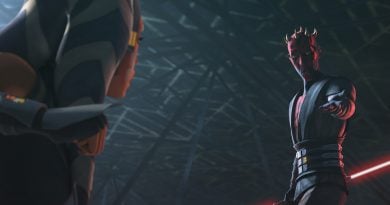 22 thoughts on “What to Expect From the Final Season of The Clone Wars. Last 2 Episodes Revealed.”