Two casting rumors about two male roles for Episode 7. Although it’s just a rumor they both fit the description of two of the already confirmed 7 characters…

The first rumor that fits the “young twenty-something male” comes from Bleeding Cool:

Jack O’Connell, who was excellent in Tower Block, Harry Brown, Skins and many more, is a real contender for a key role in Star Wars: Episode VII. I believe that he’s met with Abrams and the signs I’m getting are that this meeting went very well.
Meanwhile, I… I don’t think I can name a single American who’s in with a real shot at one of the new parts. We’ve heard about Saoirse Ronan, Chiwetel Ejiofor, Benedict Cumberbatch, Matt Smith, Rachel Hurd Wood, Jason Flemyng. 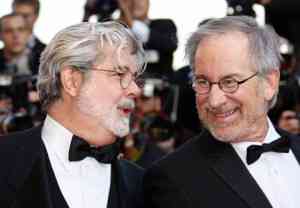 The second rumor fitting the “thirty-something male, intellectual” comes from a member from TFN boards. He surely is not credible but is pretty persistent and I think the rumor really makes sense.

Martin McCann’s close connection with Spielberg comes from the HBO series The Pacific produced by Speilberg. We all know that Spielberg is very close with Lucas and Kathleen Kennedy so casting suggestions from him are very probable.