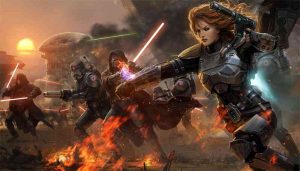 Plenty of new rumors today. According to the latest reports Saoirse Ronan has been considered for a role in Episode 7. Also there’s a new development with Cumberbatch. Now the rumors are that not only he has been confirmed to play in Episode 7 but also he will be part of the whole trilogy. Read more after the jump about why Ewan McGregor doesn’t think he will be in the new movies and is it possible Episode 7 to feature a female villain… 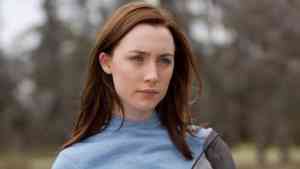 According to Latino Review‘s sources actress Saoirse Ronan went in to read for an unknown part in Star Wars: Episode7. Later they suggested that it’s possible that she went in for the Solo daughter.
Also according to the same source there will be a female villain part in Episode 7. It is unknown if Saoirse has read for that one but considering her appearance it’s more likely for her to play someone from the good guys.

Saoirse has been rumored among the fans from some time now as a possible cast addition. Especially after the female lead rumors. She recently passed on the role of The Scarlet Witch, in The Avengers: Age of Ultron, so this all kinda makes sense.


Here is Bleeding Cool‘s output on the story:


I can reconfirm that Saoirse Ronan has had a meeting and read for one of the lead roles – to the best of my knowledge, the lead role – in Star Wars Episode VII.
She’s likely to be some way from being cast, as yet, and there are many other actresses who could very easily take the part, including more names that you’d know just as well, but Ronan’s very talented, has a real fanbase and seems to fit the bill perfectly.
Star Wars Episode VII‘s sets are being built, right now, at Pinewood. I don’t believe the stories about sets already being finished – I’ve learned quite assuredly that there hasn’t been time – but soon enough, some will be ready and then, in the New Year, cameras will start rolling… 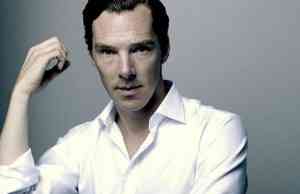 In another report from Latino Review Benedict Cumberbatch is not only certain to appear in Episode 7 but in all three Star Wars films! Also they reveal how big will be his part in Episode 7:

It’s all a smoke screen. Folks, remember when Cumberbatch denied being Khan for over a year? Same situation here. At least give us the benefit of the doubt hence why we are bringing this up. Point is, he lied before and he can lie again. Google it. One more time because it is worth repeating, Benedict Cumberbatch will be in the upcoming Star Wars movies. I don’t care if he denies it till opening day. We were right before about him playing Khan, and we will be right again on this one. Technically, his part in Episode VII is very small but the role is much bigger in Episode VIII and Episode IX. 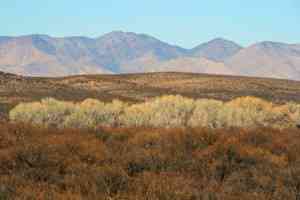 Now some more info on the New Mexico rumor from yesterday. According to Latino Review’s source, the place where they will film in New Mexico is The City of Crosses, Las Cruces. Very little will be shot in Las Cruces along with Los Angeles and 90% will be done in London when filming gets underway in 2014.

Ewan McGregor on several occasions has made it clear that if they want him for the new movies he will be glad to come back as Obi-Wan once again.
Now the actor has expressed concerns that the director may be after someone who looks more like Alec Guinness, who played the character in the Original Trilogy. McGregor said to The Daily Express:

‘The problem is that I played the young Obi Wan and they are going to be looking for an old Obi Wan and that’s Alec Guinness’s territory.I’m waiting for that call but I think they’re more likely to want an Alec lookalike than me.’ 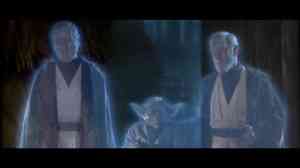 This statement directly contradicts with the previous Latino Review’s report of Ewan returning for Episode 7 as a force ghost.

So to sum things up – Latino Review revealed another casting rumor and possible place of filming. Also they debunked one of their own casting reports about Cumberbatch and another story was debunked by a third party source.

Latino Review has a pretty solid record for scoring Marvel scoops and their Star Wars credibility is still to be determined.
Still we have to keep in mind that even if a rumor turns out to be false, it doesn’t necessarily mean that it was never discussed and considered…