Entertainment Weekly got a chance to speak with Episode 7 director J.J. Abrams at his Bad Robot offices in Santa Monica while talking about his upcoming sci-fi action series Almost Human. Also read after the jump which other 2 actors have read for a part in the upcoming movie…

More casting rumors from Latino Review. I wonder if there are any young and promising actors left who still haven’t read for a role in Episode 7. 🙂

According to their sources, David Oyelowo  went in for some unknown role.
Also Michael B. Jordan just went in to meet with JJ Abrams personally.

That’s it. Nothing more, nothing less.

Still what’s interesting is that both actors have already collaborated with Lucasfilm before. They played Afro American pilots during World War II in Lucasfilm’s Red Tails.
Michael B. Jordan kinda looks like a young Lando. Could he play his son in Episode 7?

Other film credits of David Oyelowo are: Rise of the Planet of the Apes, Spielberg’s Lincoln, Jack Reacher and the new upcoming movie by Christopher Nolan – Interstellar.

Michael B. Jordan was rumored to play Johnny Storm in the new Fantastic Four reboot. He also played in Chronicle, Hotel Noir and Fruitvale Station.

Looks like there is some truth to the David Oyelowo rumor after all. Kinda…

According to The Hollywood Reporter David Oyelowo, Freddie Prinze Jr., Vanessa Marshall, Taylor Gray and Steven Jay Blum are in the process of being cast as the voice leads for the upcoming Lucasfilm’s Animation TV Series Star Wars: Rebels.

Now according to jedinews Oyelowo is also cast for Episode 7:

Just confirmed the first signed and sealed casting. He’s British, and Jedi News have already reported it TWICE!!!!!
The actor is BBC Spook’s star David Oyelowo who is due to be in Jurassic World. He was also in Red Tails, so is a Lucasfilm alumni and was recently in Lincoln for Kathleen Kennedy. REALLY, REALLY good actor and a brilliant choice. Hope he has a great role.

I am being told that not only will he be in Episode 7 but the plan is for him to also be in Rebels playing a character that sets up his Episode VII character! All part of the major EpVII co-ordinated push being pulled together by Simon Kinberg and the first major sign that Rebels will be the vehicle to setup the masses for EpVII fever!!

Now we wait for an official confirmation of this. 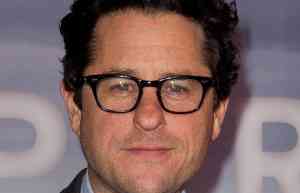 In other news J.J. Abrams spoke with EW and shared what will be the tone of Episode7.

EW: Which of the previous Star Wars films best exemplifies what you’re aiming to do in terms of the spirit or tone of Episode VII?

Abrams: Impossible for me to say because it’s going to be an evolving thing. I would say we are working really hard to make a movie that feels as emotional and authentic and exciting as possible. Whatever your favorite Star Wars movie is and how to compare it is really sort of subjective.

EW: Media and fans have been offering you a ton of unsolicited advice about to how to approach the film. Is there any particular thing they’ve said that you’ve taken to heart?

Abrams: It’s been nice see that how important it is and to be reminded how important it is to so many people. We all know that [creator George Lucas’] dream has become almost a religion to some people. I remember reading a thing somewhere, someone wrote about just wanting [the new film] to feel real; to feel authentic. I remember I felt that way when I was 11 years old when I saw the first one. As much of a fairy tale as it was, it felt real. And to me, that is exactly right.