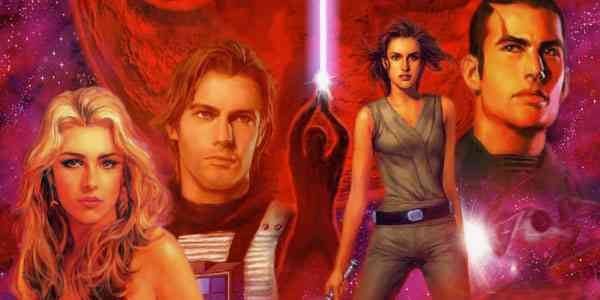 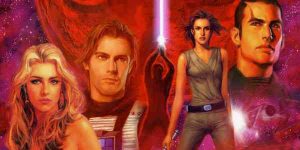 There’s been plenty of rumors lately that Star Wars: Episode 7 will use characters and plot ideas from the Star Wars Expanded Universe (books, comic books, video games, spin-off films like Star Wars: The Clone Wars, television series, toys, and other media). It’s highly unlikely that someone managed to get a glimpse at the still unfinished Episode 7 script written by Michael Arndt (except if your name is J.J. Abrams or Kathleen Kennedy). So mostly these rumors are just wild speculations.
Here’s a great article by Drew McWeeny from HitFix discussing why most of this rumors are complete nonsense…

Few words about the author of the article if you don’t know him:

Drew McWeeny, also known by his pseudonym Moriarty, is a film critic, screenwriter, and the former west coast editor of the Ain’t It Cool News website. In a December 2008 McWeeny announced that he would be leaving Ain’t It Cool News to work for HitFix.com. He is considered to be a pretty credible source for movie news.

Here’s his take on the latest rumors:

When JJ Abrams was planning “Cloverfield” with Matt Reeves and Drew Goddard, they had the bold idea to shoot a top secret teaser trailer for the film before they even started production on the film. The plan was to release it in front of “Transformers” without anyone knowing what it was. Unfortunately, I broke the story as they were shooting the trailer, and I wrote about the overall plan before they could get the trailer into theaters.

When Abrams was gearing up on the first “Star Trek,” I ran a story about how the new film looked to be using time travel as a way to reboot the series in a brand-new timeline, and that it looked like Old Spock would be the one bridge between the two versions. This was early enough in the process that Abrams ended up calling me to ask me to please be careful about how much more I would reveal.

It was a fair call to make. As Abrams has explained recently lately, one of the reasons he has become so heavily invested in locking down the details of what he’s working on is because of the experience he had on the version of “Superman” that he wrote for director McG. And who was the one who broke that story? Yep. Me. 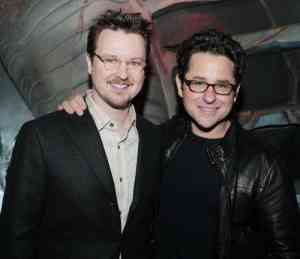 This is my way of saying that I am 100% sure that the rumor that’s online today about the casting breakdown for “Star Wars Episode VII” is false. It’s not slightly off-base. It’s not tentative. It’s fiction. That is not a breakdown for the Abrams film at all. That has nothing to do with the film that Michael Arndt is currently writing. If you’re excited that they’re adapting Jacen and Jaina Solo for the new movie, I’d advise you to relax, because it’s not happening.

Just a slight detour: McWeeney is not always 100% right he was the one who said David Goyer wasn’t writing Man of Steel and Khan is not part of Star Trek Into Darkness.

More than that, I hope fandom isn’t holding their breath for an adaptation of the EU novels at all. I’ve seen people making wish lists about who will play Admiral Thrawn or Mara Jade, and I hope they understand that the odds of seeing those characters adapted as part of the actual storyline in “Episode VII,” “Episode VIII” or “Episode IX” are between none and none.

First, let’s look at how today’s story supposedly leaked. The site that originated the rumor (I’m not linking to them because I find their naked attempt at generating traffic with a lie really gross) ran what they claim is part of a casting breakdown for the two Solo kids. Abrams is well aware that casting breakdowns are a source of many leaks, particularly when they are sent to agencies, and he has not sent out actual character breakdowns for quite a while now. And in particular, he’s not about to send out a breakdown that would give away the entire narrative focus of the new trilogy. 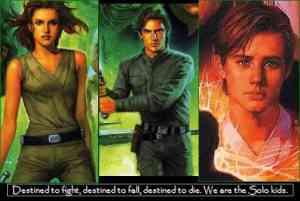 More importantly, though, the process that is underway with Michael Arndt writing the film involves a number of other voices all thinking about how to further expand the universe of the movies. Simon Kinberg, Lawrence Kasdan, and voices you aren’t even aware of yet are all contributing to the conversation, and they are not sitting there as a group taking notes on stories that were told in book form. They did not walk into the situation handcuffed to the idea of just adapting something. The people that have signed on have signed on so that they can take advantage of the freedom of a wide-open universe, and they are working to build something that you don’t expect, something that does something new.

I’m being careful here because I don’t want to make the same mistakes I’ve made in the past, dropping casual revelations of information that would spoil things early. And while I’m not going to tell you my sources, my track record with both Abrams films and “Star Wars” films more than speaks for itself. I can just tell you that they hired people to dream big, and this rumor is about as far from “dreaming big” as you can get. This rumor is 100% fabricated, and when 2015 rolls around, you’ll get an idea of just how completely they’re leaving the already-existent books behind.

And now the best part from the article:

You want to know something cool and genuine about the new film? Work on the major set pieces has already begun at ILM, and this is going to end up being the most elaborate physical build they’ve done for the effects team since “Return Of The Jedi,” something I look forward to discussing with John Knoll when I see him at the “Pacific Rim” press day. 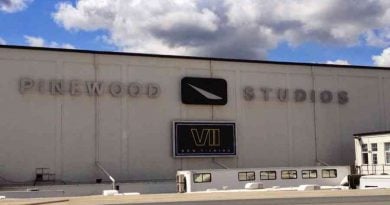 Editorial: ‘Star Wars’ – The Franchise with a Thousand Faces 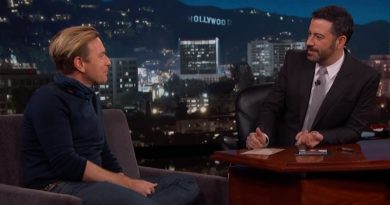