After the rumors that there could be a Boba Fett stand alone movie and a movie based on Zack Snyder’s idea of The Seven Samurai, now is time for another one. According to AICN the first Star Wars stand alone movie will be based on….. Yoda!

IMAGINEERING had been working up ideas for a grand expansion at DISNEYLAND that was to bring Frank L Baum’s OZ into a fully realized extension of the park, and while I’d love to go there…   The word I’m hearing now is they’ve dropped that in lieu of a STAR WARS extension in California Adventure Park.  OZ could happen, but only if Raimi’s film is a stunning success.   But you’re not hear for the themepark buzz…  or maybe you do care desperately like I do.   But really, what’s Disney going to be doing with these STAND ALONE films…
Well, to start with they’re going to focus on established characters and do solo films, no, not necessarily Han Solo films, but well, fuck it…   The first Stand Alone film is going to center upon YODA.  At this stage specifics are sparse, but Kathleen Kennedy is putting together a STAR WARS slate…  I’m wildly curious for more details on the YODA film – would this be a young or old YODA tale?
Knowing that Lucasfilm is doing a series of stand alone character features…  I wonder if Joe Johnston has pitched Kennedy his stand alone BOBA FETT film he was talking about after the release of Captain America.   Hmmmmm…   Now, let’s chase after YODA details…  Where’s FRANK OZ?  Giggle.  Gotta love chasing STAR WARS stories!  Oh – and I’ve also heard tale of a JABBA story that Lucas has floated to some of his buddies.  But word is YODA is first. 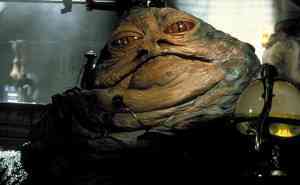 And speaking about little men here’s what Warwick Davis (the Ewok Wicket from ROTJ) had to say about Episode 7:

I’ve not been approached, but I’d love to do it. I think JJ Abrams is a great filmmaker and a great choice. I’d like to play a villain, and handling a lightsaber would be a bonus. Plus, it would mean I could claim to be the only actor to appear in all three trilogies- the original trilogy, the prequels and the sequels, I think they’re called. So I’ll be dropping hints to Mr. Abrams, oh yes!

Disney CEO Bob Iger has confirmed that rumors are true, and they will be developing stand alone Star Wars films:


“There has been speculation about some stand-alone films that are in development. I can confirm to you today that, in fact, we are working on a few stand-alone films. Larry Kasdan and Simon Kinberg are both working on films derived from great ‘Star Wars’ characters that are not part of the overall saga. We still plan to make Episodes 7, 8, and 9, roughly over a six-year period of time, starting in 2015. There are going to be a few other films released in that time, too.”

“The implication for Star Wars fans will be great. Because there will be more Star Wars release in the atmosphere so to speak, and that’s new and fresh. I’m going to leave it to Kathy(Kennedy) and the Lucas team to provide all the details when they’re ready. But I mentioned the two creators that are involved in Larry Kasden and Simon Kinberg. By the way they are both working with J.J.(Abrams) as consultants on Star Wars VII, and of course in Larry’s case he wrote Empire Strikes Back and Return Of The Jedi, and has great pedigree with Lucas and Star Wars. So we are thrilled about that.”