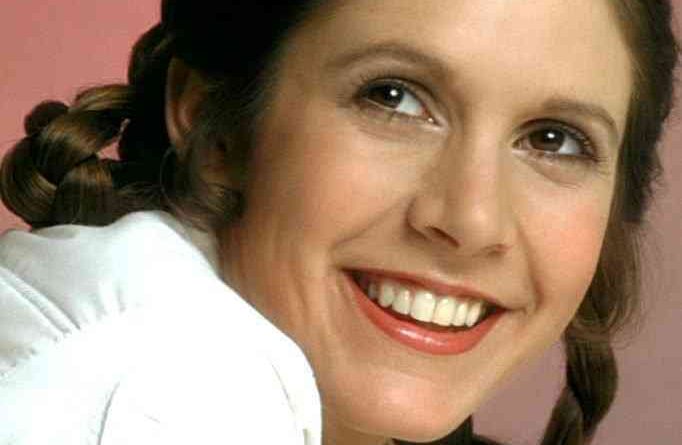 In an open letter that is funny and sad at the same time, Carrie Fisher bid farewell and good luck to the most famous character she ever played. Read the full letter after the break.

I don’t wish to be presumptuous and call you “Leia,” as it implies a familiarity I don’t wish to presume. And though some might say we resemble one another to the extent that we could be easily mistaken for one another—if we were to inexplicably agree to dress in similar, if unremarkable clothing, and you were to finally, sanely, refuse to submit to the rigors of that foolish focus-pulling hairstyle—simply (and now belatedly) put, I could pass for you with minor adjustments as you might pass for me with ever so slightly more. But would my insides match your outsides?

I’ve spent almost two-thirds of my life walking galaxies in those fucking white leather boots. I’ve even attempted to answer for your actions, to explain your possible motives for choices one of us failed to make. But while you will forever be remembered loitering in star-infested landscapes, existing endlessly in imaginations and onscreen, I putter noisily in that infamous closet of celebrity—expanding, wrinkling, stooping, and far too often, stupid with age. Here we are enacting our very own Dorian Gray configuration. You: smooth, certain, and straight-backed, forever condemned to the vast, enviable prison of intergalactic adventure. Me: struggling more and more with post-galactic stress disorder, bearing your scars, graying your eternally dark, ridiculous hair.

You always act the heroine; I snort the stuff in the feeble attempt to dim the glare of your intense, intergalactic antics. You take the glory; I give way to age. You: so physically well and well-meaning it makes me mentally ill—well, something does, anyway. While you fight the dark side with your light, white ways, I’m in the sarlacc pit, covered in Jabba’s vile body fluids. Will it ever end? It probably won’t, but I will. I’m pretty sure I will. My sequels will finally, blessedly stop, while yours will define and absorb an age. 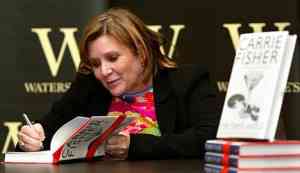 Though you are condemed to reenact the same seven hours of adventures over a span of now almost four rowdy decades, at least you look good fighting evil. I look lived in. My amused and envious eyes peer out of a face bloated and evil with age. Wasn’t I supposed to remain happily captured in the amber of our projected image, fending off water-retention, weight, and wrinkles in the same way you fight for the glory of whatever the fuck all that was about—a universe glowing with peace and fairness, Ewoks cavorting in their force-filled fields? Wasn’t I? C’mon—wasn’t I?

Of our all-but-shared fate (if shared, it’s in an unsanitary way)—whatever Leia’s has been or will be, Carrie’s will be, at least periodically, dwarfed and disappointing, riddled with self-pity, old and over-exposed, rendered sad and irrelevant in comparison with her counterparts’ rich and uninterrupted adventures. Play it again, Han! Leia plays while I continue to pay and pay and pay. I’m Carrie Fisher from Star Wars—the south side of Star Wars, near the Vaders’ former condemned place.
I fade as you blaze. I stoop while you shoot straight and defend right. Oh, well. There are worse things, I know. Those worse things gather at my back and haunt my fun-packed future days. But worse gives way to better—Dorian Organa gives way to Carrie Gray. We all win in the end, don’t we? If not utterly, then in a number of cozy, inevitable, and limited days. She’s Leia Organa, from the center of so many humans’ best memories. Shining with the warm glow of sci-fi nostalgia. Our Alderaan, fly us, but wherever you go—over the hill or fucking Cloud City, Jabba’s palace or the emergency room, up, down, or over—do your best to do what I do: make sure you largely enjoy the ride. Skip the hairstyle, but enjoy the ride.

Really a great read, but could this be Carrie Fisher’s way of saying that she is done with this charcter and all the rumors we’ve heard so far for her returning for Episode 7 are just a pure fan fiction? I guess we have to wait and see.

11 thoughts on “Carrie Fisher’s Bittersweet Letter to Princess Leia. A Farewell to the Character?”