Ewan McGregor: I'll be Obi-Wan Again if They Need Me. - Star Wars News Net Go To Top
Skip to content 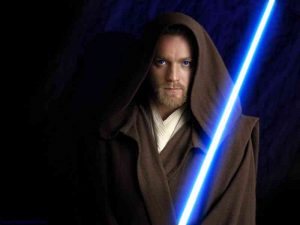 Digital Spy got a chance to talk with Ewan McGregor and asked him if he would like to return for another episode of Star Wars. Read what he had to say about this and the deal between Disney and Lucasfilm after the break.

The star of The Impossible confirmed to Digital Spy that he would be happy to reprise his role as Obi-Wan Kenobi in Disney’s new Star Wars trilogy.
“I guess, yeah, of course,” McGregor said, when asked whether he would return. “If they need me, yeah, I’d be happy [to go back].”
He went on to discuss George Lucas’s potential involvement in the upcoming trilogy. Lucas has confirmed that he will not direct the seventh, eighth and ninth instalments, but has written an “extensive story treatment” for Episode 7.
Little Miss Sunshine and Toy Story 3 scribe Michael Arndt has been confirmed as the screenwriter for Episode 7, while several directors are rumoured to be in the running.
X-Men: First Class actor Jason Flemyng recently discussed rumours that Matthew Vaughn is a frontrunner for the director job, and made comments which some have taken as an inadvertent confirmation of Vaughn’s involvement.